Why My Decision Making Strategy Works and Yours Doesn't 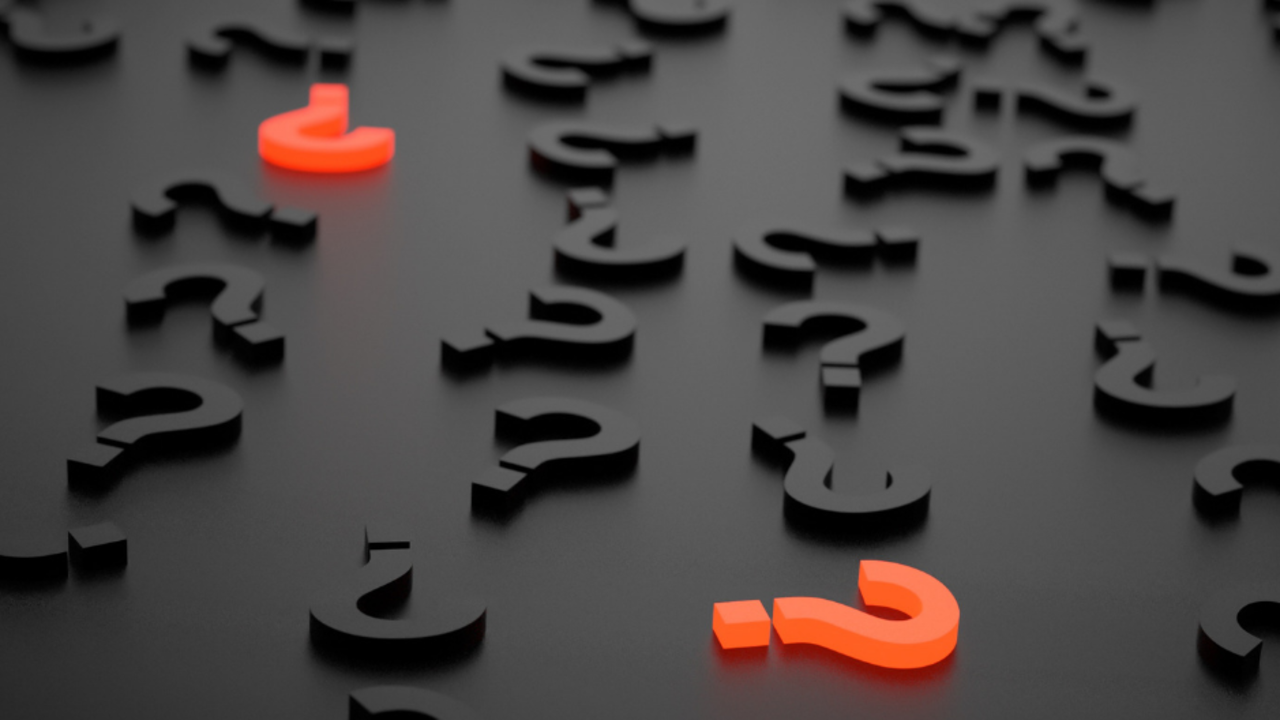 Bold statement, right? Even a bit cheeky. But it triggered you to read on - that's great and I'm glad that you're here. So, here's what made me write about this topic.

Today I had a chat with a client who told me that most people she’s working with take AGES to take decisions and when they finally do, those decisions suck.

For both – herself and her customers.

These decisions are taken from the wrong place – and much too slow.

This is not a call to increase our neck-breaking speed once more in our super fast-moving world. This is rather a call for making decisions in a way where they become easier.

So, we dug a bit deeper in our conversation and found that decision making seems to have become so much more complex and harder than ever before.

What are the reasons for this phenomenon?

Well, I’ve identified 3 major ones. And two relate to basically everybody  - maybe not always, but once in a while.

Yes, unfortunately fear is rather prevalent. I’ve experienced it when I started my career 30 years ago and not a lot has changed in this area. Not just in organisations, but generally in life, as the level of uncertainty seems to have sky-rocketed in the last years.

What happens if I decide to go with this vendor and it turns out to be a mistake? What if there is a better solution out there for my problem and the one I have in front of me is not the best? What will my boss think if I ask for help with this decision? What if this decision costs me my promotion or worse - if I lose my job?

And so, the list goes on. We all strive for security, that’s human. There is nothing wrong with that. 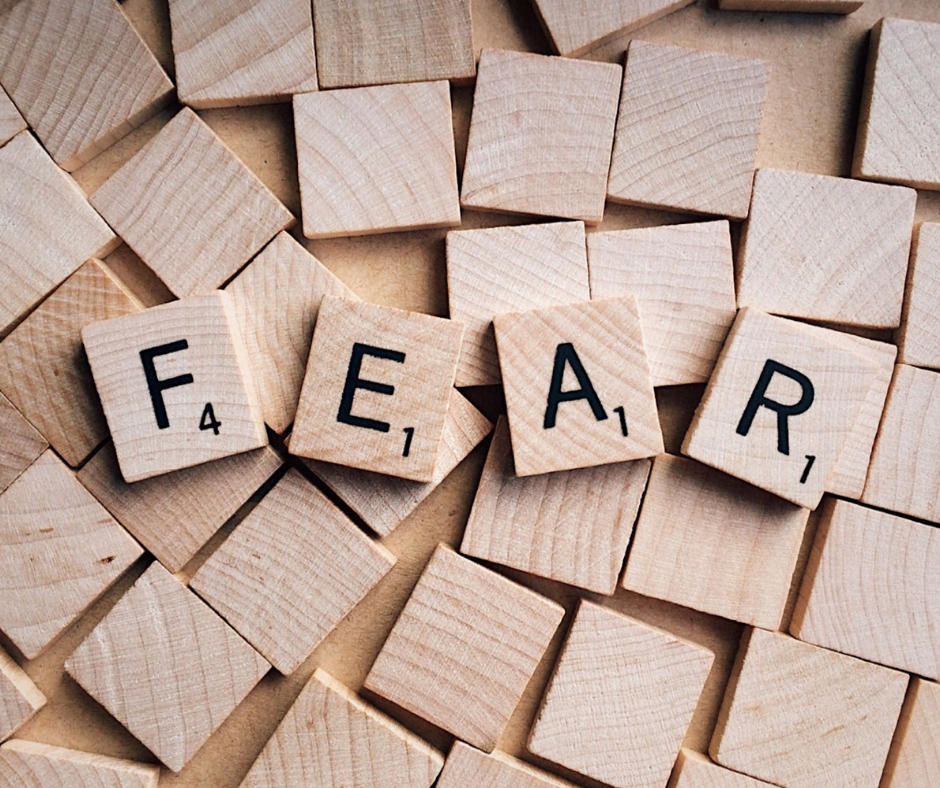 Fear is the worst advisor that we can have - in all areas of our life. We are working from a place/mindset of scarcity rather than abundance and trust, which will lead to feeling pressured or paralyzed – congratulations, the reptile brain is in full swing (also known as amygdala). And decisions are taken from the wrong place – the reactive brain, or not at all.

A modern disease faced by so many of us. Me too - again and again. We all seem to be overwhelmed – some more, some less, some more often than others. I don’t know anybody who’s not! The first answer to the question “How are you?” is almost always: “Really busy”.

Being busy has become a badge of honour: when I’m busy, I’m wanted and important. Busy, though, can easily turn into being overwhelmed. And sometimes (in fact most of the time) we produce this situation ourselves.

Before you cry out loud, read on.

There is no-one who tells us to read 100 case studies before deciding which product to buy. Neither do we have to consult or talk to everybody to get 50 different opinions (and believe me, if you ask 50 people you get 50 different views and experiences).

Yes, it makes a lot of sense to collect facts and data to have a good comparison – in the end though, it is important that our solution fulfils certain criteria that we have defined before.

To make this a bit less abstract: If we’re deciding to go for project A (the marketing campaign online) or project B (the event), we’ve probably asked ourselves the question, what of the two projects helps us most to achieve our goal?

So, we can simply list the pro’s and the con’s and have a comparison (not to mix up with a final decision – I’ll come to that in a second).

Now, this is something which I did not only hear from my client this morning – I’ve experienced it hundreds of times: a lot of companies are not set up for fast decision making on the right level, but remain stuck in their traditional structures, where layers and layers of hierarchy prevent flexibility and good leadership on all levels.

There, I said it. And I experienced it myself.

This might not be true for (some) start-ups (however, this is a bit of a cliché….I’ve seen it there too, as often, people bring their corporate idea of how to do things into a start-up…as that’s what they know) or companies with visionary leaders who are seriously interested, willing and open to change – or rather, not too afraid of it – coming back to point no 1.

So, decisions might take forever as they go through those thick layers - and someone in between might even have their very own agenda and no interest at all to pass a decision on to the next level. Of course, without being transparent with everyone involved.

The good news though: vision and leadership can start everywhere in an organisation, it does not have to come from the top.

It takes courage and integrity though to lead changes, and it does not always work out.

This is not meant to insult companies (at least not only).

We are creatures of habit and generally don’t “like” changes. So often, we remain in our place and do the stuff and behave in a way we have done for years, while the environment and the world around us have changed dramatically.

And thus, the “old stuff” does not work anymore – and possibly not only exhausts us, but might even kick us out of the market place, making space for companies who are quicker, more flexible and daring. Effective and rapid decision making can change the face of a market (Fast Moving Consumer Goods is a great example where their bonuses are driven by market share).

Data are great. And it would be negligent to take major decisions – i.e. to buy a house or investing hundreds of thousands of dollars in an annual marketing program - without collecting data. I most definitely don’t.

Those can serve as a great basis for making informed decisions.

Everybody who’s done pro and con lists has definitely experienced one thing in their lives: you’ve spent hours putting together facts and figures, arguments for both sides. 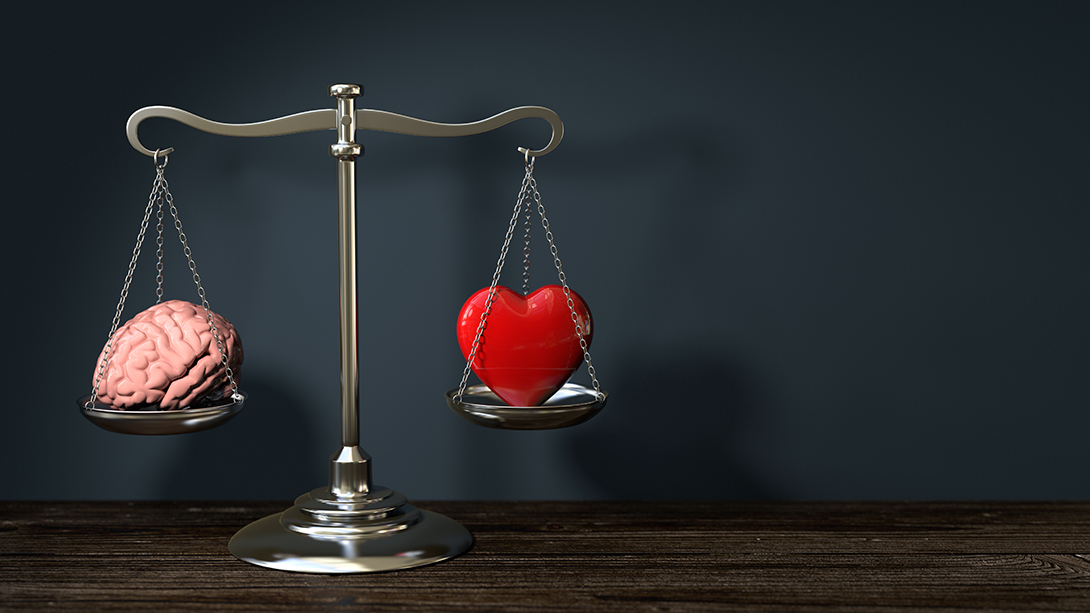 Even if the list gives a clear indication for a decision, I bet you had at least one situation in your life, where you did exactly the opposite.

Or, you decided according to the list – and ignored the niggle that might have told you not to…and eventually regretted your decision bitterly.

I’ve done the latter with my first husband – but that’s a different story ;-).

You might know the book “Blink” from one of my favourite authors Malcom Gladwell. The story he starts the book with is about an expert in Greek antique statues who was invited to verify a statue which was offered to a museum. The expert had this niggle about the statue being falsified and could not explain it. Numerous tests were done, which proved that the statue was real. Until it turned out to be a fake – in this case his “gut” feeling was motivation enough to investigate.

Intuition: Another level of our intelligence

In our (Western) world, our brain and facts and figures are vastly overrated. Where as our intuition, gut-feeling – or whatever you’d like to call it – is enormously underrated. I did that too – for many years. After all I was brought up thinking that that is the right thing to do.

Huh, you might say, we’re talking about the serious and professional business world – intuition does not have a place here. It might not even exist!

The short answer to that: it does, and yes, intuition has a place in the business world. As it gives us (now listen carefully) ADDITIONAL information besides the data. Which could lead to deciding against the data, as we KNOW what is right, often without being able to explain it.

It’s another level of intelligence that comes in incredibly handy with regards to decisions – so why just use one, when we have (at least) two?

Unfortunately, a lot of us have been taught out of using our intuition – particularly in the business world.

When we have to explain a decision we have taken, despite the data, and we have to justify it, we might not be able to. “I know it’s right”, is not particularly the answer your boss would like to hear (if he or she does, congratulations!). When it turns to “I knew it was right”, when the results come in, it’s much easier.

The good news is, that we can learn again to trust this additional super power for decision making, when we know where to look, how to train it and what to listen too.

And I KNOW, that my decision making got so much better and…QUICKER than it was ever before. That does not mean that every decision is always perfect – sometimes it does not take me where I’d like to be.

Then I can take another one or pivot on my path. The main thing though, is that I’m moving forward and taking action. That’s always better than being stuck.

And when it comes to the really big decisions in my life, my intuition wasn’t wrong since I learned (and now teach) how to use it.

PS: That will be one of the topics for the EXCLUSIVE Membership Program - The PERSONAL LEADERSHIP ACADEMY (starting in January 2019), which I'll teach - among many others.